All the great film noir, just about every Western and war film, Scorsese’s best work, and the majority of the action films from the 80s and 90s, to name just … Continue reading →

They say revenge is dehumanising and degrading but try watching Outlaw. Written and directed by Nick Love and starring Danny Dyer, the closest thing I could compare it to was … Continue reading →

Forget what you know, or what you think you know, about Danny Dyer the actor for a moment and consider this… The Trench (1999) may have sunk into the mud … Continue reading →

Danny Dyer is a terrible actor who makes shitty films for idiots. That’s what I brought to the table when I started my twenty film challenge and, two films in, … Continue reading →

7Lives (2011)   In a nutshell: According to the publicity blurb, 7Lives is The Wizard of Oz meets It’s a Wonderful Life. What could make somebody say something like that?  … Continue reading →

Dear Diary, For reasons which can’t yet be put into words, SuperCool Cinema will spend much of the next twelve months consuming and analysing the cinematic works of Mr Danny Dyer. … Continue reading →

I let it happen too often for my own good and (unless your hobbies include cage-fighting and vigilantism) I’m going to assume that you do this too. I’m walking home … Continue reading → 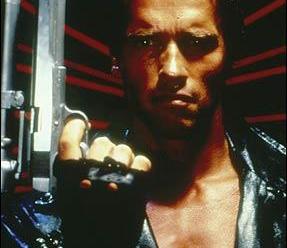 Seeing something utterly familiar in a new light, that’s one of the joys of watching double-bills. At our time travel spectacular last November we had just finished La jetée, one … Continue reading →

I sense it approaching but it still takes my breath away.  The background wash of distorted chatter and whirring electronics becomes punctuated by beats and tones, contorting and fusing under … Continue reading →

Simmering with tension between America’s past and present, Tony Scott’s Man on Fire harks back to the mythology of the great Western frontier as a response to the terror attacks … Continue reading →