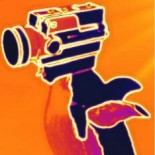 Danny Dyer is a terrible actor who makes shitty films for idiots.

That’s what I brought to the table when I started my twenty film challenge and, two films in, I’ve seen nothing to counter it. But (cue today’s recurring theme) initial appearances are often wrong and ingrained prejudices represent the laziest of thinking.

So I’m coming at day three with a fresh attitude and an open mind. What if I’ve got him all wrong and just happened to start with two of his worst films? Even the lightest research on the matter reveals that Danny has actively warned his fans away from the likes of Freerunner and 7lives, and clearly isn’t blind to the fact he’s appeared in some right old stinkers.

Let’s see how I feel about Danial Dyer (his dad was drunk when he filled in the birth certificate) after I’ve watched one of his critically acclaimed films. You know, the one which won all the awards and launched the career of one of Britain’s most promising directors. The Danny Dyer film that even a whiny and wussy film snob can get worked up over.

In a nutshell: Miserablist slice of British social realism on the outside, warm and gooey fairy tale within. Despite being only 24 minutes long, and tackling numerous forms of poverty, Wasp offers an embarrassment of riches.

There can be few spectator sports as engrossing as judging other people’s parenting skills and the behaviour of Zoë, a single parent struggling to raise four young children on a deprived Dartford housing estate, gives us ample ammunition to be shocked and appalled. With no food in the flat, she feeds her children sugar to keep them going (with a sense of ceremony suggesting a regular occurrence) and when she offers to takes them out in the evening for chips, we already know that she is in fact going down the pub to meet Dave, an old friend she has a date with. Made to wait in the pub car park until kicking out time, all the children get is a coke and a bag of crisps to share.

Wasp doesn’t demonise single parents or the working class though, far from it. Whilst Zoë initially appears to neglect her children, her desire to do whatever it takes to strengthen her family unit is slowly revealed. In doing so, the film channels its British social realist roots to challenge the kinds of lazy and damaging stereotypes of the working classes which are so rife in the right wing press. 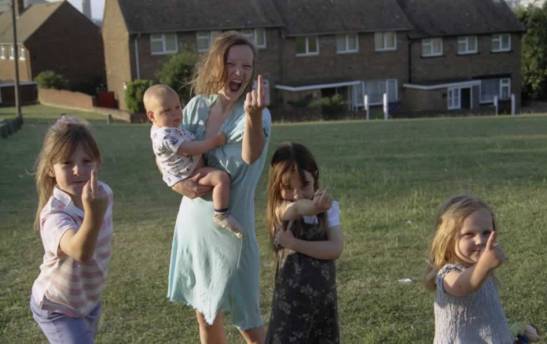 In many ways, Wasp offered a blueprint for Andrea Arnold’s first two feature films Red Road (2006) and Fish Tank (2009), specifically the central relationship – a young female trapped by circumstance is drawn towards a charming male whose unchecked masculinity poses a threat to a vulnerable family unit. Michael Fassbender’s career rocketed after playing this role in Fish Tank, but Danny Dyer’s Dave was Andrea Arnold’s original vision of flawed masculinity.

Dave has recently returned home after a spell in the army and is struggling to find a social purpose (he’s unemployed and living with his mum). The anti-social aggression hiding beneath his charm is suggested during his first meeting with Zoë when he asks her ‘who’s fucking kids are those?’  As a result, Zoë claims they’re not hers and places them in danger by leaving them outside of a rough-looking pub for the whole night, vulnerable and hungry.

How is it for Danny? Performance wise, it’s the best thing I’ve seen Danny do by a long shot. There’s nothing new or showy in his role, it’s just striking how he exudes confidence, charm and a sense of gravitas.  We see why Zoë is drawn to him and, to an extent, why she would risk so much for him. His character just feels real. 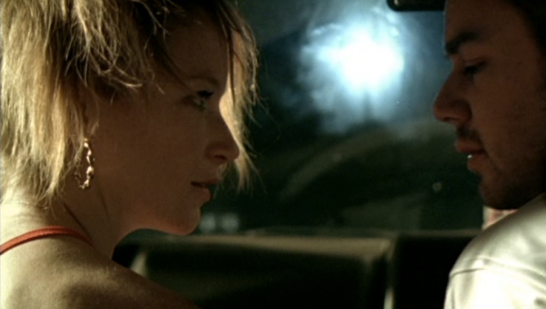 Following kicking out time, Zoë and Dave get it on in his car (a short distance from where the children are waiting). As the action reaches it’s climax, it is Dave’s turn to wrong-foot the audience by revealing himself as something of a Prince Charming as Zoë faces her moment of crisis.  A wasp flies into the mouth of her baby, resulting in much panic and screaming from the other children. Zoë rushes to their aid and a shocked Dave quickly realises what has been going on. Rather than reacting angrily, he offers to buy the children the chips they had been promised hours earlier and suggests to Zoë that they should sit down and have a talk about what’s going on.

What is it really about: Wasp offers a snapshot of a post-industrial British society where social cohesion has been eroded by mass unemployment and a hollow, alienating and unsubstantial consumer culture. Arnold, a native to Dartford, portrays the housing estate, and the lives of her characters, as littered with fast food and polluted by banal pop music.

The one time we witness Zoë and her children bonding is when she brings the coke and crisps out to them in the car park and they dance to 5-6-7-8 by Steps (being played on the pub’s jukebox). Even when the children finally get their wish, it is for a portion of chips and as Dave drives them all off (to a brave new future) the film ends with the chip wrapper being thrown out of the window as they all sing along to Europop hit, Hey! Baby. Despite perpetuating the damage being done to the local community and despite their obvious personal flaws, Dave and Zoë show us just enough to suggest they have it within themselves to provide a stable home for the long suffering children.

Danny Dyer’s thoughts and reflections on working with Andrea Arnold: ‘She was about 40, ginger hair, nice tits. I quite fancied her’.